This software accompanies the paper Interior-point method for nuclear norm approximation with application to system identification (pdf) by Zhang Liu and Lieven Vandenberghe. The code can be downloaded as a zip file and requires CVXOPT version 1.1.1 or higher and Python 2.7.

A function is provided to solve a linear matrix approximation problem in the nuclear norm, possibly with quadratic regularization. The general optimization problem is

is a linear matrix valued function. The norm in the first term of the objective is the nuclear norm (sum of singular values). The second term is a general convex quadratic function. The constraints are componentwise linear inequalities.

which in general is very difficult.

The package contains several examples, including a system identification problem. In this example, we fit a linear state space model to measured inputs and outputs of a dynamical system. The model is constructed from the solution of a regularized nuclear norm minimization problem

in the problem are the model outputs. The vectors

are given, measured, outputs. The matrix

is a block Hankel matrix constructed from the variables

. At the optimum the matrix

is low rank, and its rank is equal to the order of a linear model that maps the measured inputs to the corrected outputs.

The figures illustrate the results for the compact disc arm data of the Daisy collection. The first figure shows the singular values of the matrix

constructed from the optimized outputs, and the matrix

constructed from the measured outputs. The plot suggests a model of order three. The second figure compares the actual outputs with the outputs of the identified model. 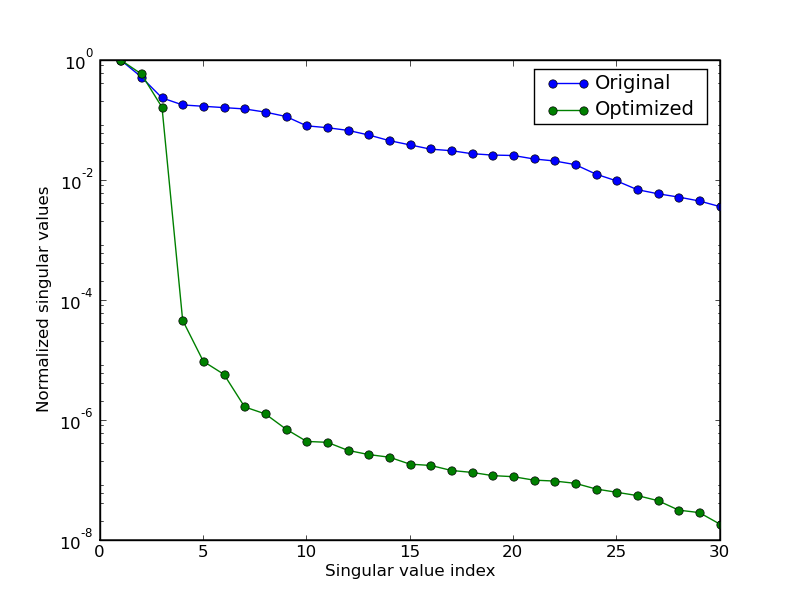 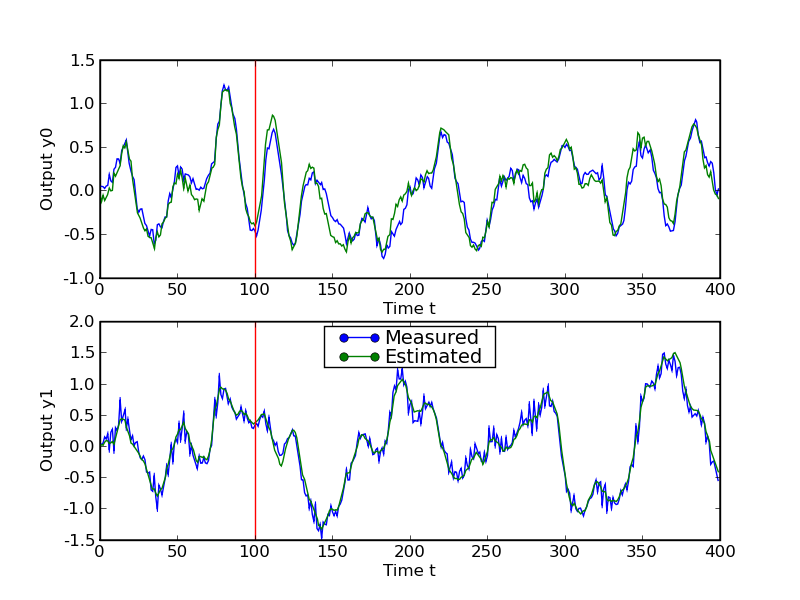 for a randomly generated problem. Points on the trade-off curve can be computed by solving the scalarized problem 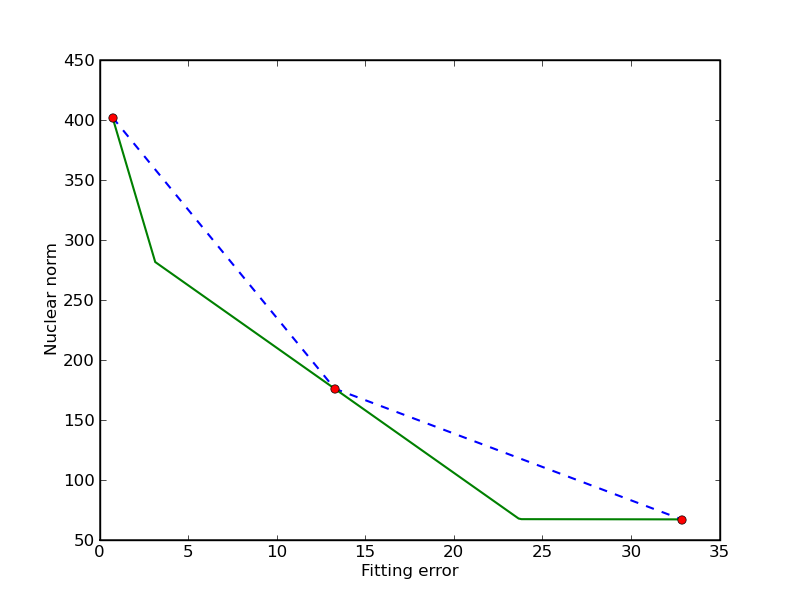 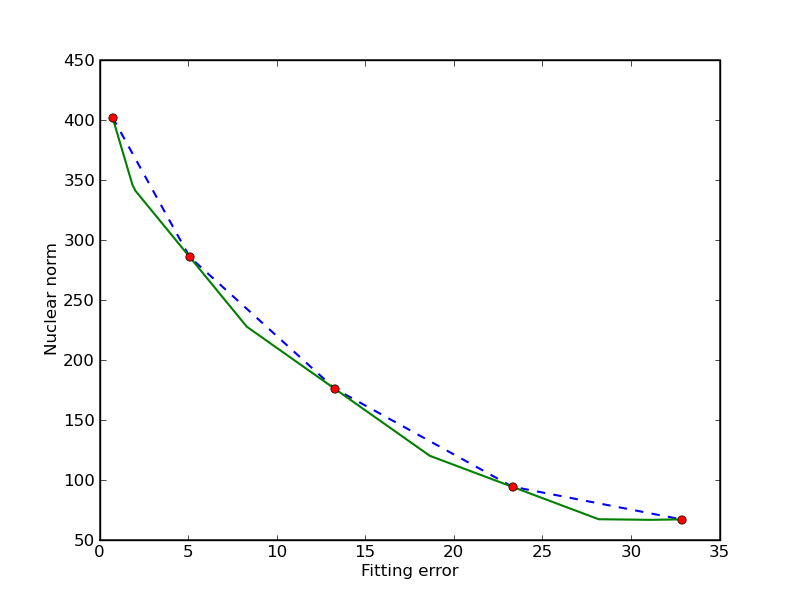 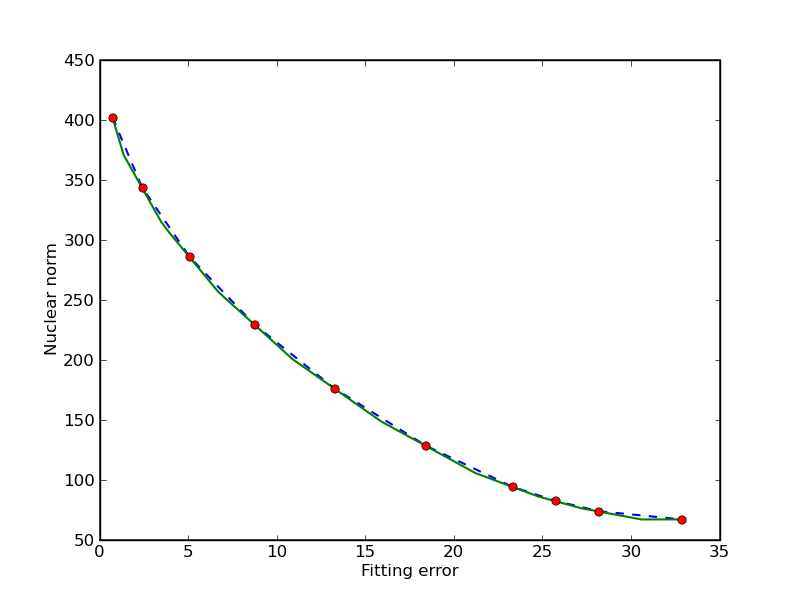