This software accompanies the paper Support vector machine training using matrix completion techniques by Martin Andersen and Lieven Vandenberghe. The code can be downloaded as a zip file and requires the Python extensions CVXOPT and CHOMPACK 2.3.1 or later.

We welcome feedback, and bug reports are much appreciated. Please email bug reports to martin.skovgaard.andersen@gmail.com.

This software provides two routines for soft-margin support vector machine training. Both routines use the CVXOPT QP solver which implements an interior-point method.

The routine softmargin() solves the standard SVM QP. It computes and stores the entire kernel matrix, and hence it is only suited for small problems.

The routine softmargin_appr() solves an approximate problem in which the (generally dense) kernel matrix is replaced by a positive definite approximation (the maximum determinant positive definite completion of a partially specified kernel matrix) whose inverse is sparse. This can be exploited in interior-point methods, and the technique is implemented as a custom KKT solver for the CVXOPT QP solver. As a consequence, softmargin_appr() can handle much larger problems than softmargin().

is a kernel function and

is singular, we replace

in the dual with its pseudo-inverse and add a constraint

softmargin() returns a dictionary with the following keys:

is the total CPU time,

is the CPU time spent solving the QP, and

is the CPU time spent computing the kernel matrix

the number of interior point iterations

is one of the kernel functions defined under softmargin() and

is a vector with labels (i.e.

As a toy example, consider the following classification problem with two (nonlinearly) separable classes. We use as training set

generated according to a uniform distribution over the box

. We assign labels using the function

The following Python code illustrates how to solve this classification problem using each of the two routines provided in SVMCMPL. In this example we solve a problem instance with 2,000 training points, and we use

and the RBF kernel with 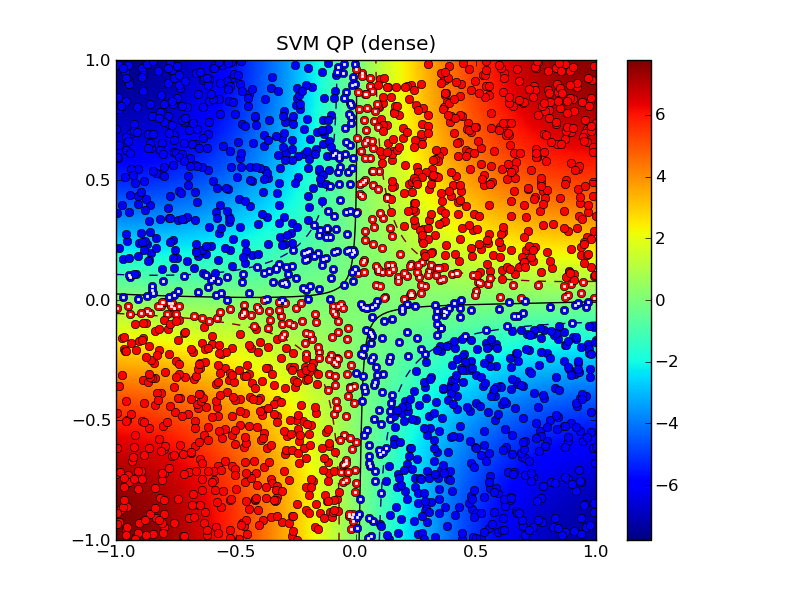 is the decision function.

Solving the approximation problem with half-bandwidth 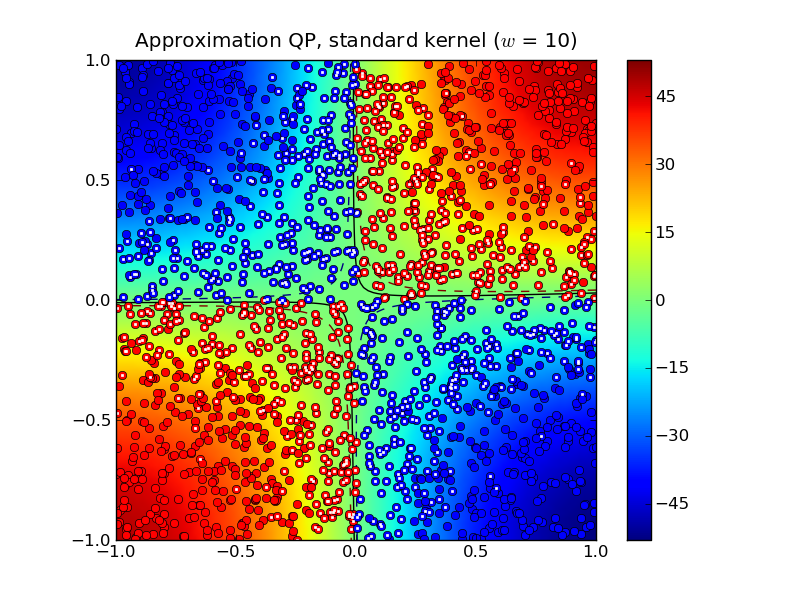 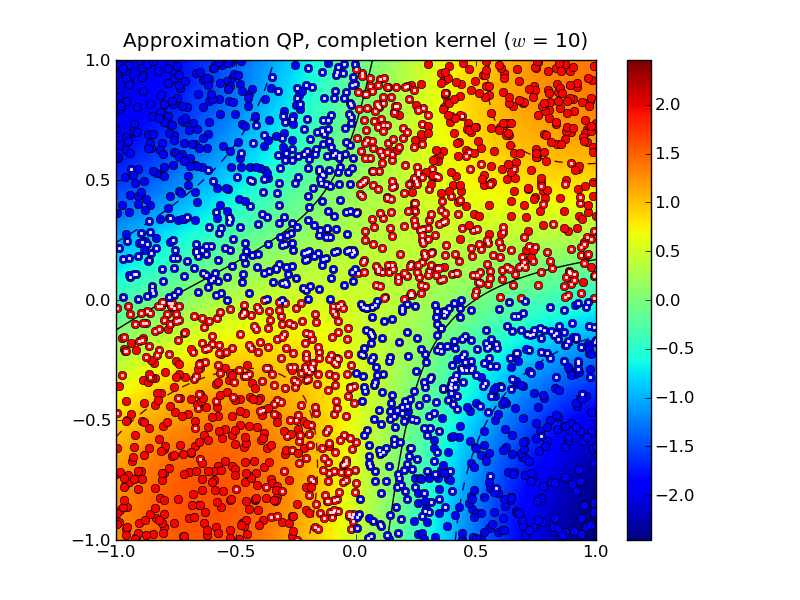 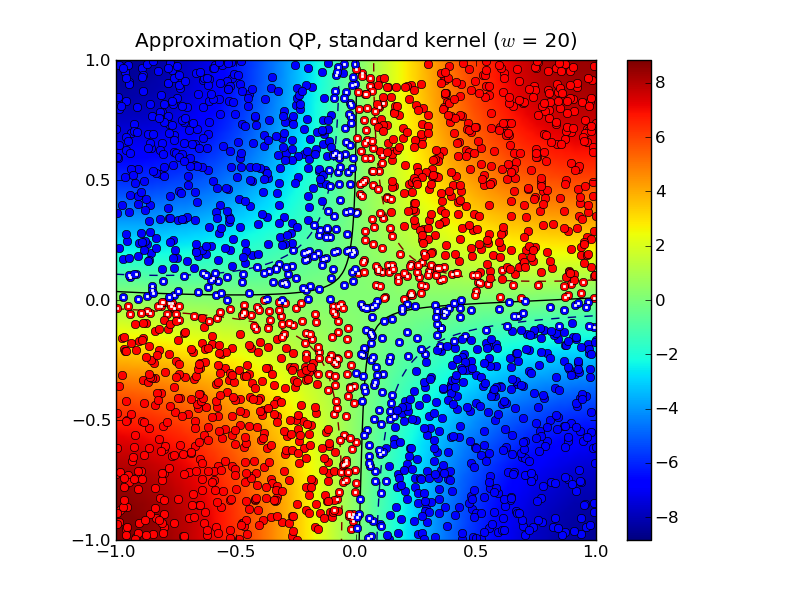 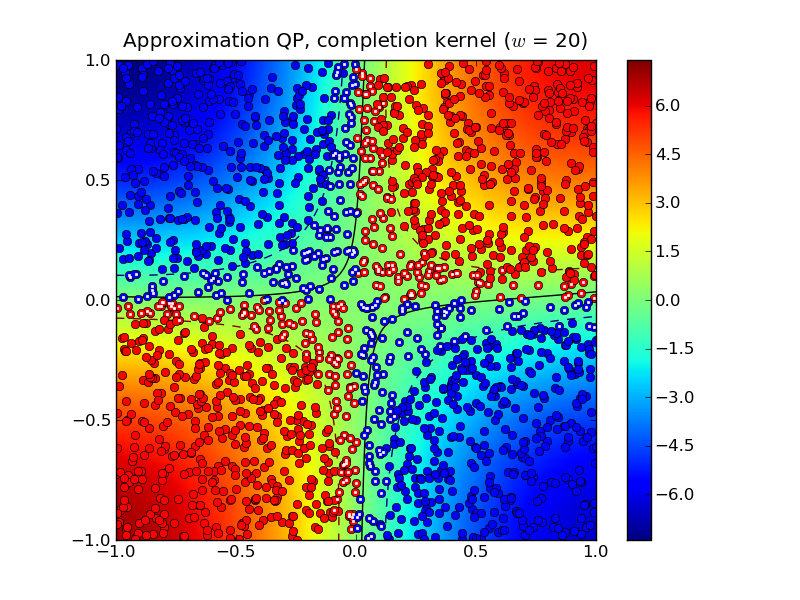 Notice that both the standard kernel and completion kernel classifiers are now nearly identical to classifier obtained by solving the standard SVM QP.

Solving the dense SVM QP required 7.0 seconds whereas the approximation QPs required 0.3 seconds and 0.7 seconds for